MENTORSHIP COMMUNITY : Transform Your Life And Turn Your Dreams Into Reality
Learn More

If at First You Don’t Succeed… Keep Visualizing

It can sometimes be discouraging to know exactly where you want to be, only to find yourself in the position of being unable to succeed in the timeframe or in the ways that you hope to. However, it shouldn’t be as discouraging as many people find it to be.

It can take several times of trying to meet a goal before we are as successful as we’d like to be. But that doesn’t mean that we should stop trying. The only way we will surely fail is if we completely give up on the goal we have in mind.

When we don’t get what we want in the way we want it, it is an indication that we must do everything we can to look back on the strategies that we were using so that we can identify the weaknesses in those plans and our own limitations. it is important to be honest with ourselves about the ways we are unable to perform or the ways we are lacking, because it can give us an area to focus upon for improvement.

Visualization is an incredibly effective tool, but there is no guarantee that it is going to work immediately.

We have to move forward with wisdom and caution to make sure that we are doing things in the ways that are most organic to our lives.

To benefit from the laws of attraction, we have to believe that we will succeed, even if we fail. It will help us to tap into the power to continue trying and to stay the course, which is the hardest part about achieving any goal.

Even if it takes more attempts than you originally thought it would, that doesn’t mean that your goal is impossible. If anything, maybe it is an indication that you need to try to rethink your approach and figure out where the weaknesses in your plans or actions may be.

It is important to remain diligent in your efforts, otherwise you can talk yourself out of believing that success is possible.

Keep in mind that many successful people, including writers, actors, and entrepreneurs, have had multiple setbacks on their way to success. But the thing they have in common is that they never stopped trying and didn’t halt their efforts.

It was important for them to remain focused and to continue working on the path toward the goals that they had set for themselves. Eventually, the life they had visualized came into fruition and they were able to succeed.

So, if it seems like things aren’t going right, don’t assume that it’s because you are not capable of or worthy of the realization of your goals. Instead, take it as a sign to reevaluate your progress and your methods and keep on going! You will only fail if you quit, so keep on working and you will be able to achieve the life you want! 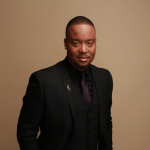 I'm entrepreneur, investor, poker player, trader, speaker and life strategist. I'm here to help you to turns your dreams into reality and share and my story

When you feel like quitting, think about why you s

Whether you are an entrepreneur or a normal employ

Should You Invest In Bitcoin Or Trade Bitcoin?

6 Reasons Why You Need A WHY Statement

When you feel like quitting, think about why you s

Whether you are an entrepreneur or a normal employ